Battle Report for May Tournament by Jonathan 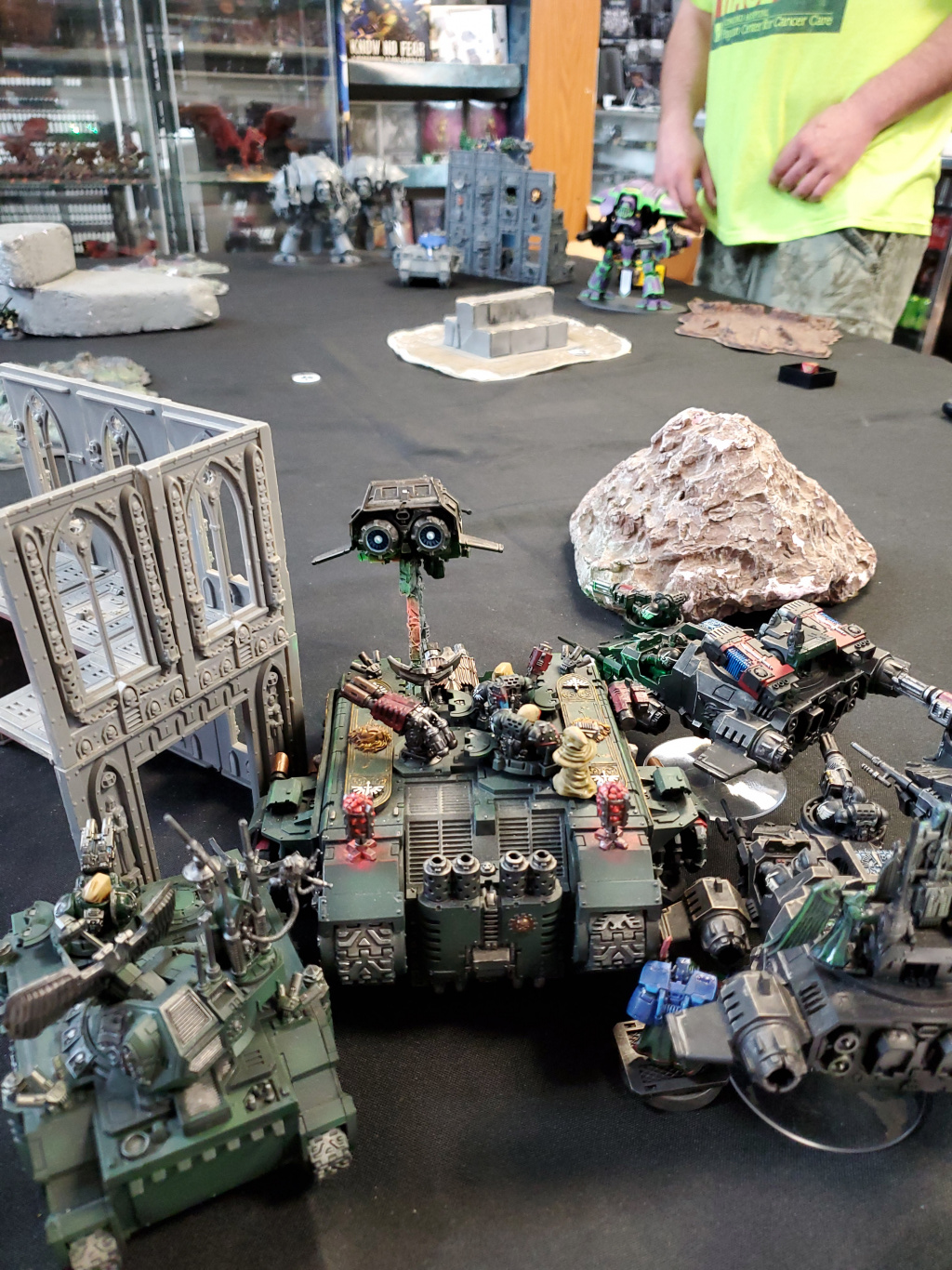 Huddling under the shroud before the fury of the knights 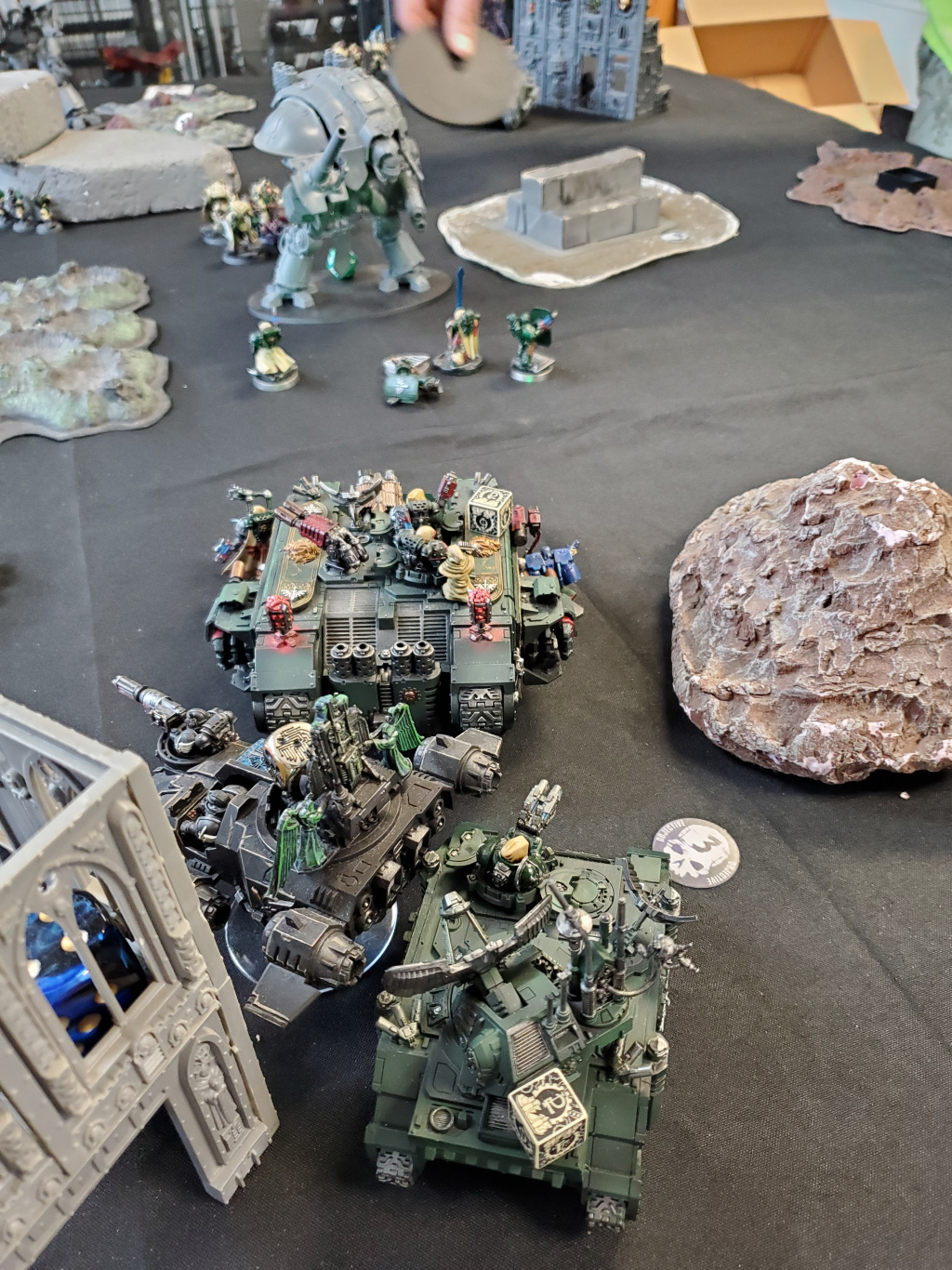 Plasma veterans fall short of slaying the knight by 1 wound 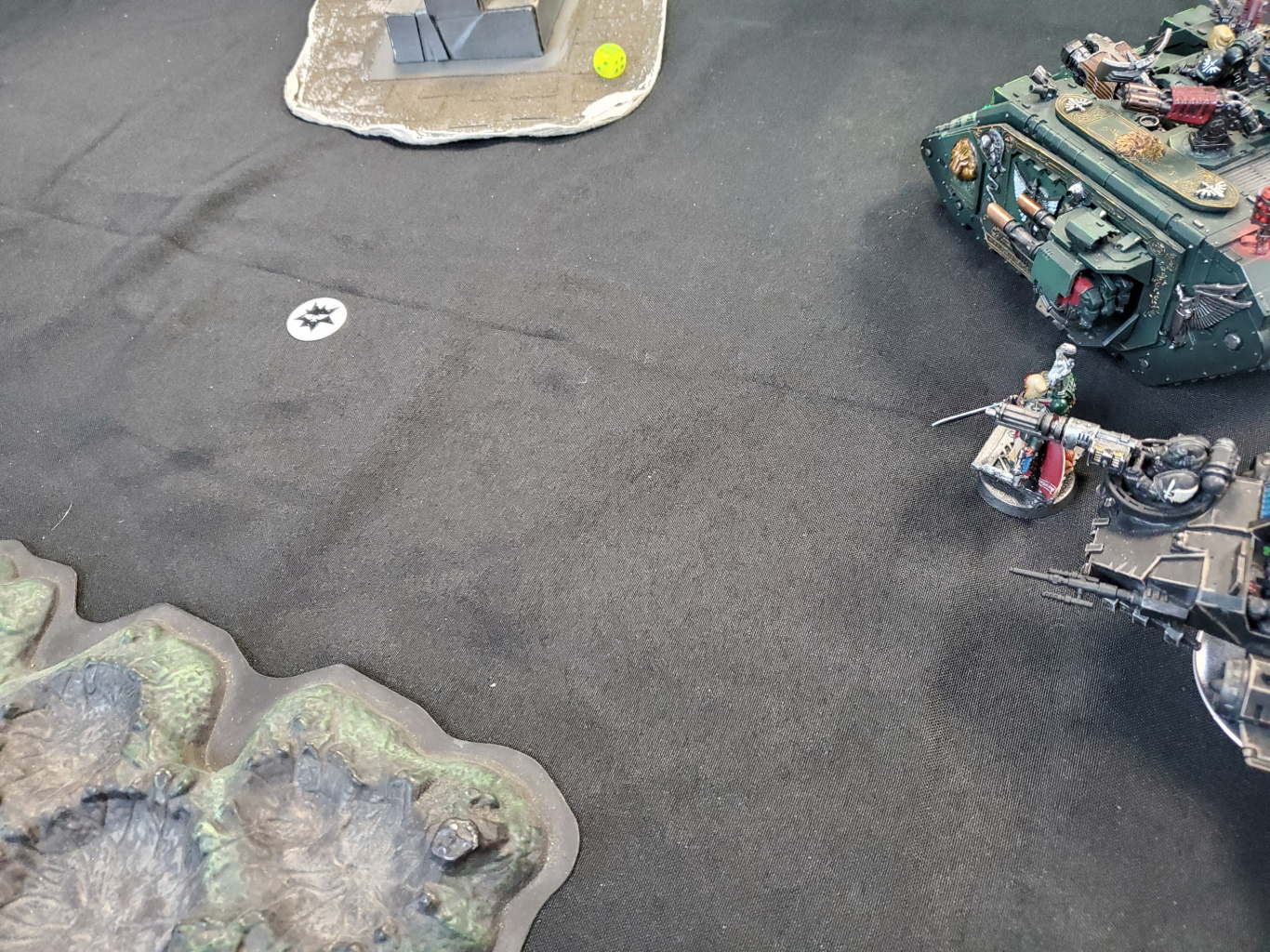 The explosion left only dust 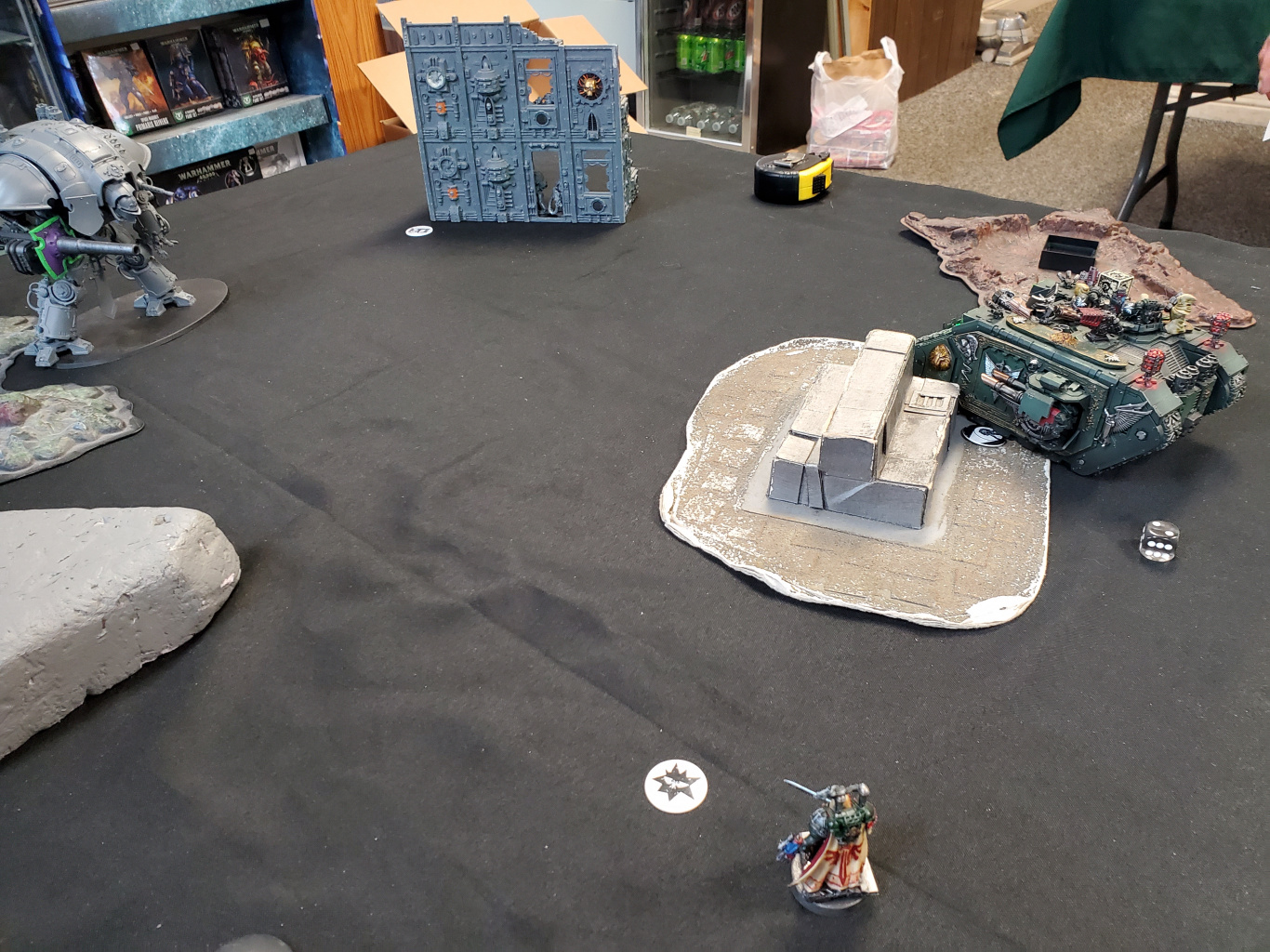 The Land Raider stairs down the knight!

6
Close game! This was my last match for the tournament and it ended up being a two point difference, for a minor loss on my part. My tanks were able to hold our side & clear the midfield, but only with such losses that we were unable to consistently hold 2 objectives for two turns. Brad's knight quite epicly blew up, taking out a Deathwing knight squad, scout squad, librarian and veteran squad near the end of the game. I was still able to hold the midfield objectives, but had given up an objective on my deployment zone. I really enjoyed playing the Adepticon missions & think they round out different ways to play well. Good game Brad!